Here’s a writing assignment for you: turn on the TV! The reality TV casting process provides a devilishly fun way to improve characterization when writing your novel or short stories.

Whether it’s Survivor, Big Brother, Housewives, or Love Island, your favourite guilty pleasure reality TV show doesn’t happen on its own. Every reality show is rigorously cast for maximum drama.

You can use the same casting-director techniques to make your fiction compelling.

What you can learn from reality TV casting directors:

No two characters should fit the same mould

Reality TV runs on archetypes. You know: the hot nerd in glasses; the gritty retired military man; the surfer bro.

However, casting directors are careful not to cast two or three surfer bros. Too many obvious similarities between the people on the show and (a) the audience gets confused, and (b) the stories that develop from those characters may end up too similar.

As a writer, you should heed the same warning. Make sure your cast of characters doesn’t contain the same repeated personality type.

Contradictions make for a compelling character

If reality TV casting directors have such a formula in terms of picking archetypes, how do they keep the show fresh? The answer is: they’re always looking for an interesting twist on a classic archetype.

For example: the surfer bro who’s also a Harvard graduate.

Building these types of contradictions into your characters is a clever way to make them feel recognizable, but not clichéd.

Bake in potential conflict from the start

If you include a wide variety of different types of people on a reality show, it guarantees one thing: conflict.

Fill a villa with 5 bookish liberals and they might – *gasp* – get on swimmingly. Throw in a redneck farmer who thinks books are for pansies, and there are bound to be arguments.

Even better, what happens when the redneck farmer and the bookish liberal realise they have something in common? Why, that’s just plain heart-warming.

Writers should bake potential disagreements into the cast of characters in their novel or short story. This guarantees organic sources of conflict.

Characters should be at a turning point in their lives

– The recent divorcee starting to rebuild her life

– The 40something guy gripped by a midlife crisis

It’s not a coincidence that the contestants on shows like Survivor are grappling with big life choices. The Survivor casting team recently revealed that they specifically look to cast people who are at a turning point in their life.

Writers can steal this good advice. Creating characters who are at an emotional crossroads can yield a lot of narrative juice.

Boil the reality TV casting process down to three words and they are: hot, funny, dramatic.

Casting agents are looking for hot people, because as a society we’re shallow (sorry, that includes you). They’re looking for people with screen presence who can turn to the camera and say something off-the-cuff funny. And they’re looking for someone with a big spoon who loves to stir the pot and create drama.

Scrutinize the characters in your current novel or short story: which ones are hot? Funny? Dramatic?

Sure, novels are typically more subtle when it comes to characterization, but don’t fall into the trap of equating subtle with boring. If your character doesn’t hit any of these hot-funny-dramatic markers, it may be time to give them an injection of reality TV outrageousness.

Hey, you never knew reality TV could be educational, did ya?

If you’re sold on the idea of playing casting director, check out the list of archetypes that I use to breathe life into my characters. 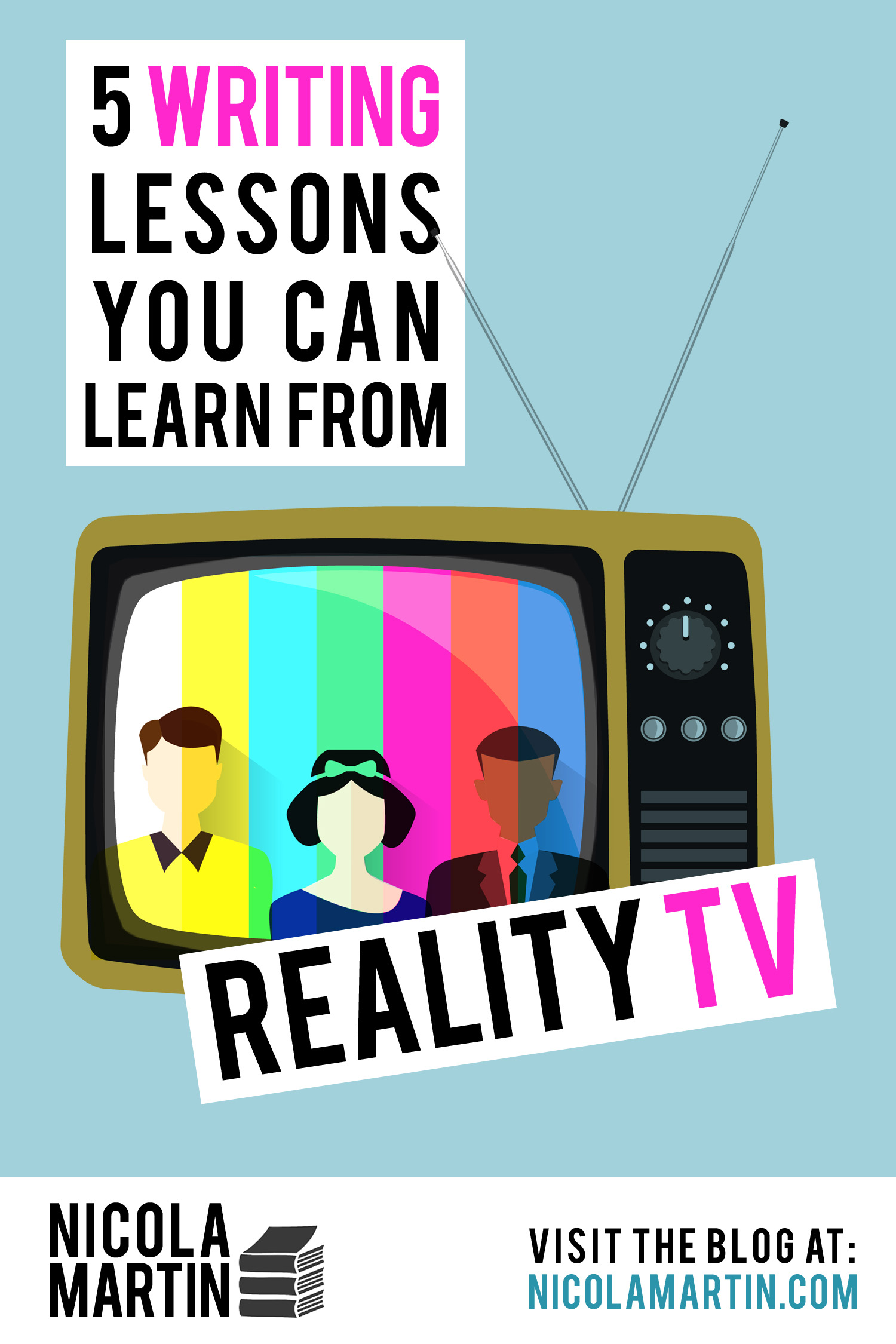