This week marks my seventh short story published by women’s magazine The People’s Friend. But mine wasn’t an instant success story – I got rejected a lot in the beginning. Find out what I did differently to turn those rejections into acceptances.

When I started writing short stories about five years ago, one of the first books on the subject I read was How to Write and Sell Short Stories by Della Galton. Can’t beat that for a does-what-it-says-on-the-tin title, can you?

I soon found out that Della is something of a legend in the world of women’s magazines. Pick one up today and there’s a 90% chance she has a short story in there. (She also has a blog – lots of interesting stuff on the craft of writing there.)

I’d never really considered writing for women’s mags (womags). Yes, I had some of the usual prejudices against this type of fiction, which is often dismissed as puff. To my surprise, when I actually picked up copies of the big hitters – The People’s Friend, Take a Break, Woman’s Weekly – I found their short stories are… fun! Warm and cosy and perfect for a quick read while you’re having a cuppa.

“I can do that,” I said, with the certainty of someone who has no idea how hard a task will be.

Adjusting to the style 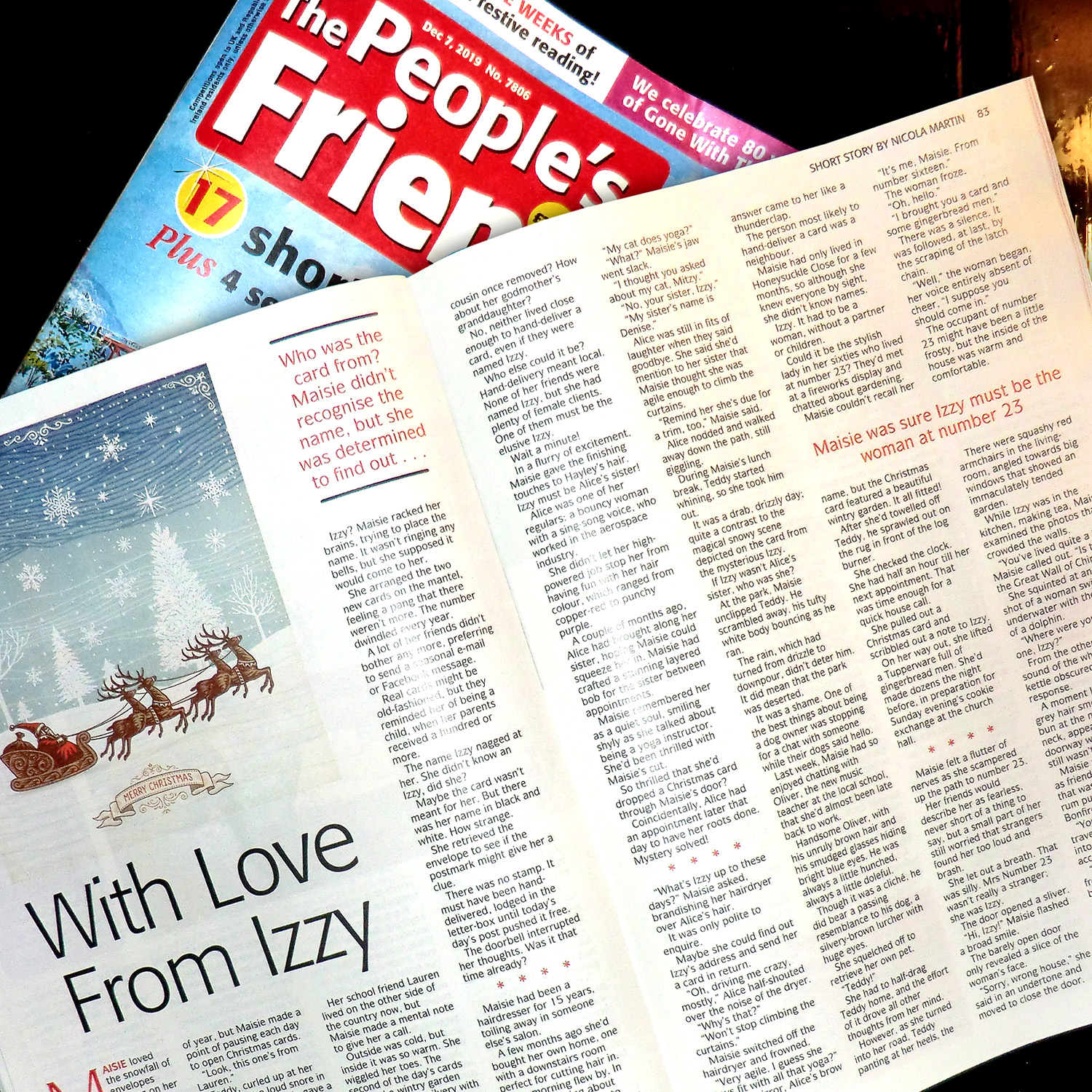 By far the most difficult thing about writing for a women’s magazine is adjusting to the style. This is tough if you’ve never written to a brief. There’s the general womag style (light-hearted stories of family and romance), but each publication requires a different slant. Take a Break is cheekier, more soapy, while The People’s Friend stories tend to be more thoughtful and heartfelt.

For the first few stories I wrote, I was wandering around in a darkened room, bumping into walls. I produced a few rudderless stories about family and romance, and decided after the fact which magazine to send them off to.

In retrospect, this was a mistake. For any budding writers, I recommend picking one publication and writing exclusively for that market – at least in the beginning. It’s easier to pick up the rhythm of what XYZ Magazine want if you’re only writing for XYZ Magazine.

Focusing on one magazine

For me, it wasn’t a hard decision to concentrate on The People’s Friend. They’re by far the, uh, friendliest women’s magazine for new writers. Their processes are transparent (their blog gives a lot of info on what they’re looking for and how to submit successfully), and they give you a response within 3-4 months.

By contrast, I waited six months for a response on a submission to another magazine and then only got a form letter. (This was before said magazine stopped accepting stories from new writers altogether.)

Perhaps the best thing about The People’s Friend’s submissions process is that they give feedback with their rejections. It might not be much (just a few words), but at least it gives a sense of why that story wasn’t successful.

When I first started submitting to The People’s Friend, I sent them three stories over a six month period. All were rejected and I received the following feedback: 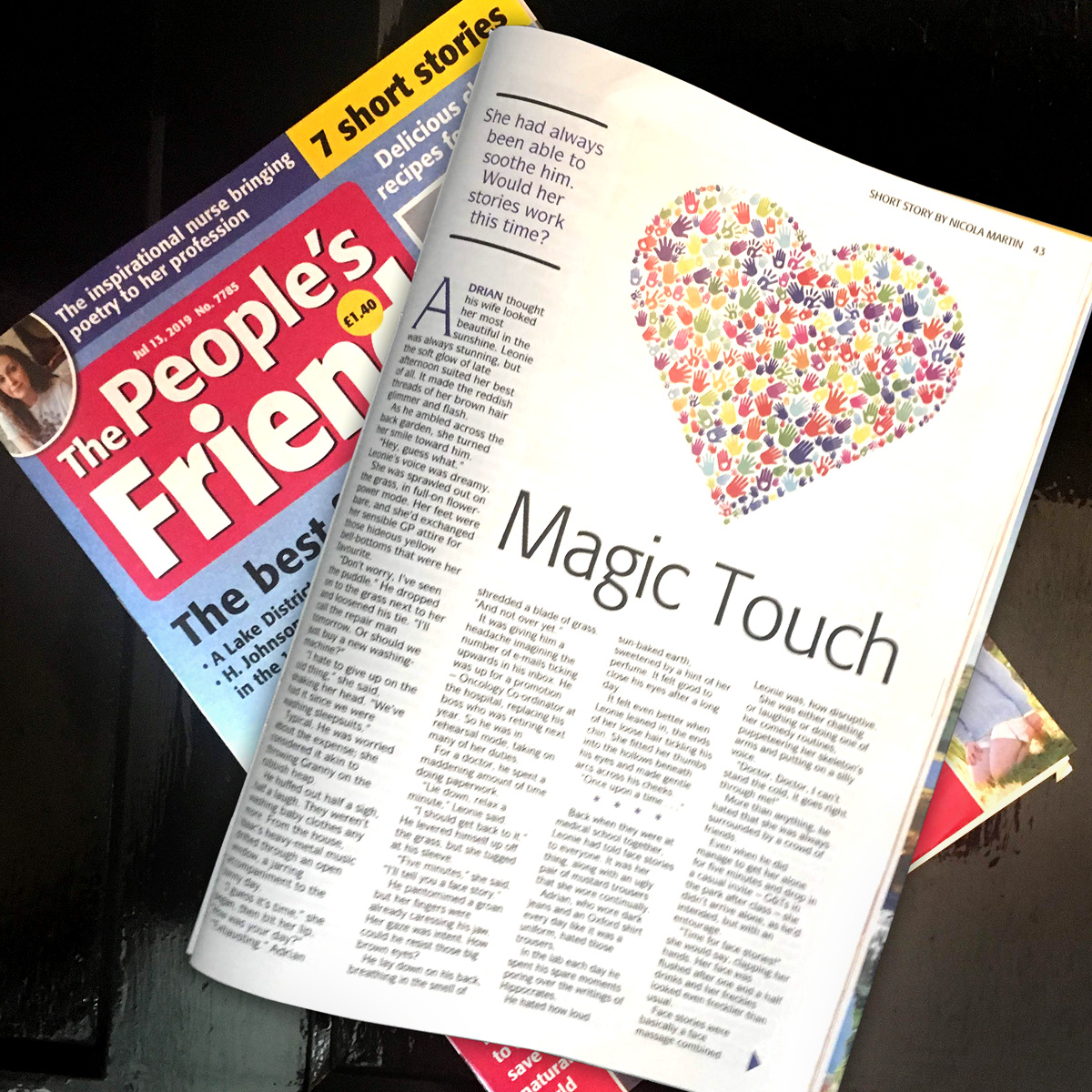 After the third rejection, I’d almost reached the end of my tether. Was I wasting my time? Should I just give up?

I had one more short story lying half-finished on my hard drive. It was a light-hearted tale about buying a house and realising your dream home comes with a few unexpected nasties. I dragged my way through finishing it and threw it in the post box, sending out a silent ultimatum to the universe.

Either this one gets published or I’m done. Done!!!!!!

To my shock and delight, a couple of months later, I got the email to say The People’s Friend had bought my story.

The lesson to take away from this is: you should be overdramatic and flouncy in the face of rejection.

As corny as it sounds, I found success when I stopped writing what I thought the magazine wanted and started writing something that had meaning for me.

How was my successful story different to those I submitted before?

I spent a lot of time developing the main character – After receiving feedback that my central characters were falling flat, I spent time thinking about this story’s main character and included backstory and an emotional arc for her within the narrative. I wrote about people my own age – Characters in People’s Friend stories are all ages, but I’d definitely fallen into the trap of thinking I should write about older people. In this story, I wrote about thirtysomethings and I think the result was a little more convincing. I sprinkled in some of my own experiences – Writing about younger people meant that I could use my own experiences. The story was in no way autobiographical, but I used a few real details from my own experience of buying my first home. I used humour – In contrast to my previous stories, which had been more serious, here I weaved in comic elements. The result was a warmer, funnier story that better hit the mark in terms of a ‘five-minute coffee-break read’. 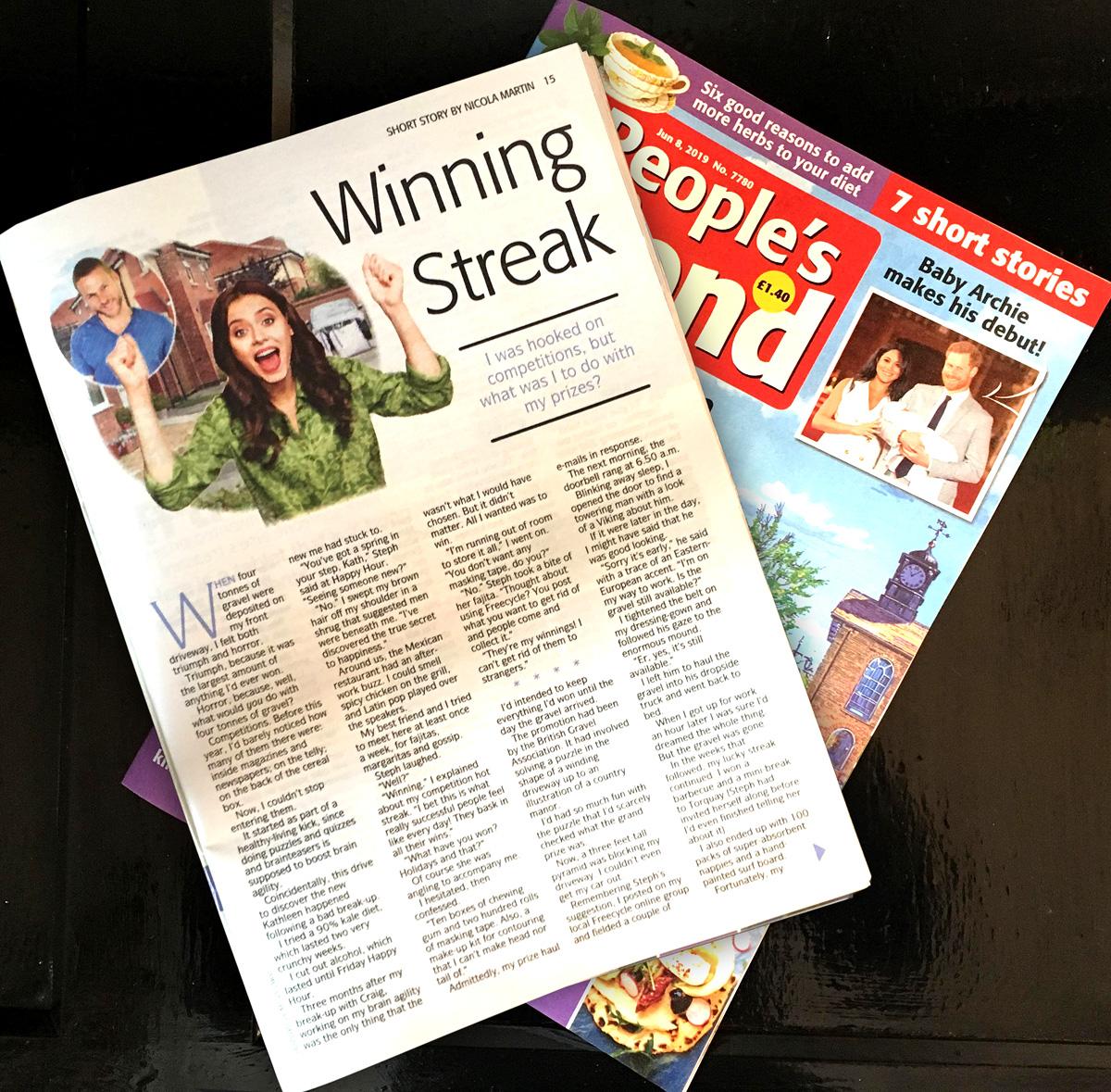 Obviously, I’m not suggesting all writers confine themselves to funny stories about their own experiences, but figuring out what makes your stories unique can put you ahead of the competition.

Since then, I’ve sold several more stories to The People’s Friend. My comic mystery, With Love from Izzy, is in this week’s edition, and I’m just as excited as I was the first time. Nothing beats walking into a newsagent and seeing your story in a major magazine.

My experience of writing for The People’s Friend has been excellent. Those early pieces of feedback from the fiction team steered me in the right direction. Then, when my stories were accepted, they paid me immediately (on acceptance, rather than on publication) and kept me in the loop about which issue my stories would be in.

If you’re tempted to try your luck with The People’s Friend, I say do it! In terms of the number of short stories they publish (typically, 7 per week), they’re one of the biggest publishers of short fiction. And their editorial team have always treated me like a person, rather than a word-producing machine.

Have you ever submitted short stories to magazines? What’s your experience been like? 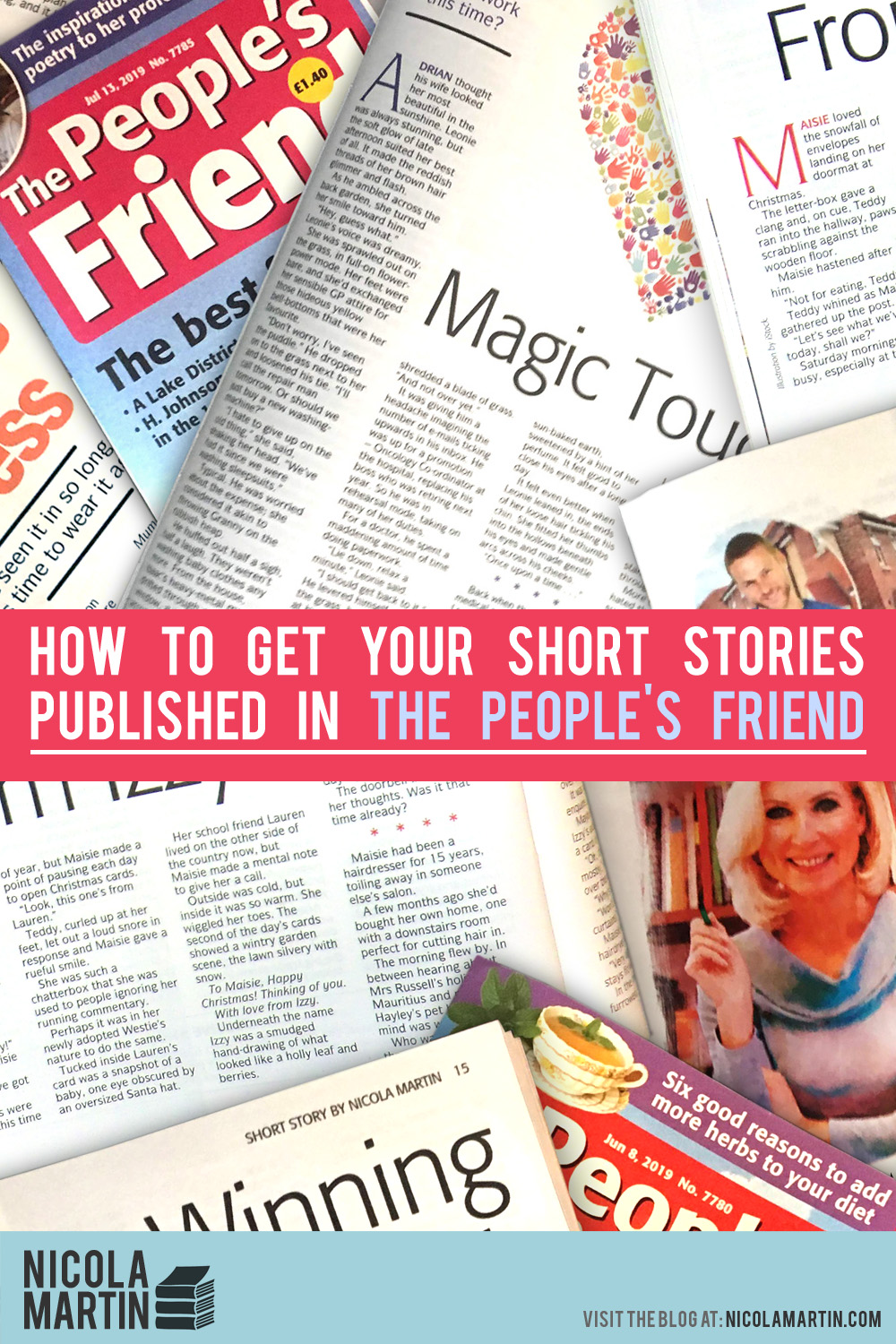