I’m thrilled to be The People’s Friend’s Writer of the Week. Here’s a short interview from their blog.

I was taking a stroll through my favourite park in Bristol, where I live, and I saw a dad at the base of a tree, looking up at his child, who was climbing to the top. I’m a magpie for things that are “ordinary but special”, since I think that’s the secret sauce of a successful Friend story. That lovely image of tree climbing fitted the bill.

For me, inspiration strikes when two or three different ideas collide. (I actually stole this concept from Stephen King’s “On Writing”, which is a must-read.) With that in mind, I’d also been thinking of writing a story about foster care.

I volunteer as a mentor to a teenager who’s in long-term foster care, making it something that’s close to my heart. There are a lot of negative images attached to the foster care system, so I was keen to write a positive portrayal of the big-hearted people who choose to foster.

So, to sum up, tree climbing + foster care = inspiration!

How long have you been writing fiction?

I can’t remember ever not writing fiction. I unearthed one of my early works of genius recently, which was a story about a monster who goes to the dentist. (I’d both written and illustrated it, although these days I’d much rather leave the illustration part to the talented folks at the “Friend”.)

I’ve always been a scribbler, but I started writing “seriously” about 12 years ago. After that followed many unfinished novels, mediocre short stories, and a whole heap of rejection. On the bright side, I learned a lot — and the desire to write never went away.

It was only a couple of years ago that I started getting professional interest in my fiction, so other writers should take heart. Keep hacking away at it and, one day, someone will take notice. You may even be Writer Of The Week!

The path to getting your novel or non-fiction book published can be circuitous and confusing,... 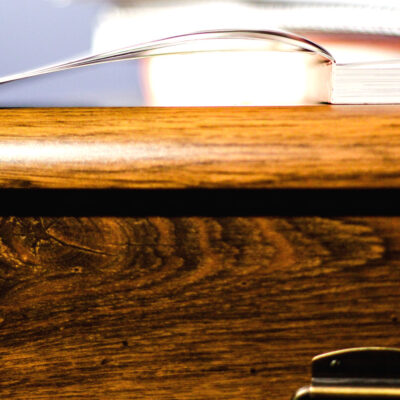